We’re proud to share a selection of press highlights.

MARCH 26, 2015 | By Nicole Danna | New Times
Out of all the bars in Broward County, how do you narrow it down to less than a dozen? You don’t. We do, and we’ve found a few of the best in the county, so that you don’t have to. This list is based on the best deals overall—what puts the “happy” into happy hour. Read more >

Who gets perfect scores with Health Department

December 4, 2008 | Rochelle Koff | The Miami Herald
Try to get a last-minute reservation at YOLO on a Friday or Staurday night and you’ll wonder what happened to the economic crisis. The new dining and drinking destination has been the hot spot on restaurant-intensive Las Olas Boulevard since it opened Oct. 6. Read more >

December 12, 2008 | Aurora Rodriguez | The Miami Herald
Long gone are the day in South Florida when the term “dinner party” meant a cheap bottle of Pinot and a few prepared dishes from Whole Foods, all in hopes of impressing friends with your new IKEA table in that nifty loft rental… Read more >

October 24, 2008 | Jeff Zbar | South Florida Business Journal
When YOLO opened on Fort Lauderdale’s Las Olas Boulevard in September, some may have wondered who would launch a restaurant in the current economic downturn. Consumer spending was down, business lunches were rare and news of the recession was constant. Read more > 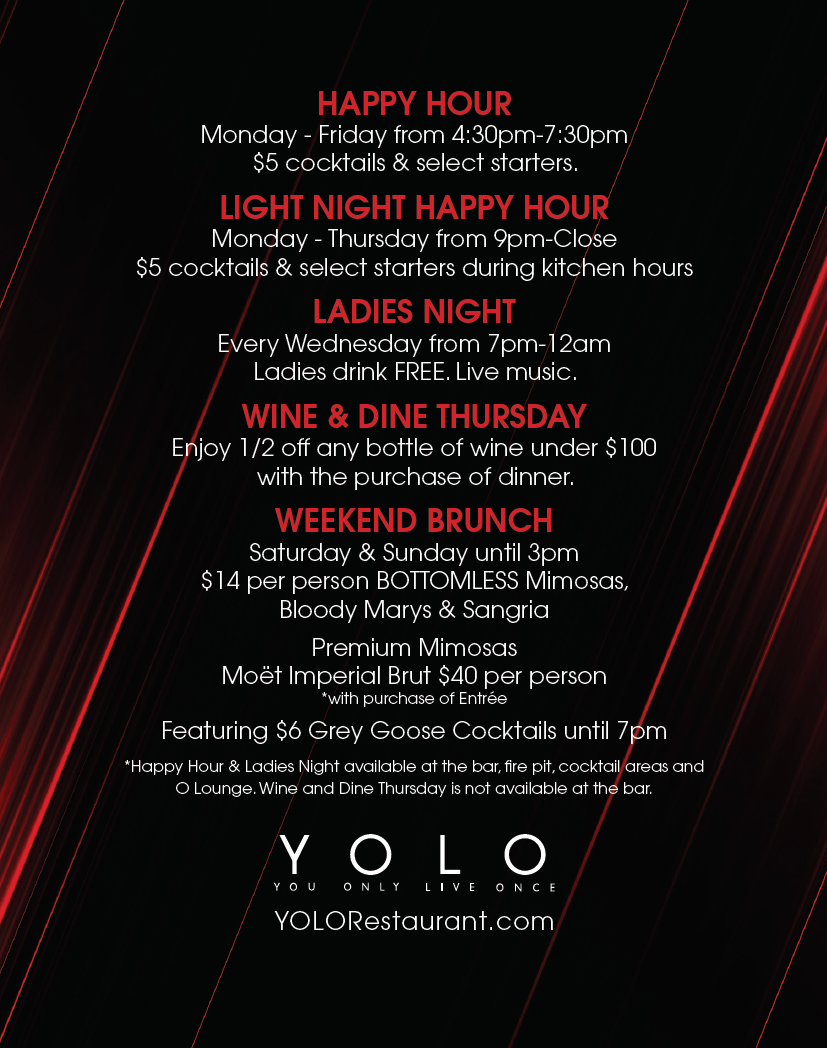